The Geophysical Institute is part of the Department of Physics and comprises two chairs:

The Institute is organized into three research areas: 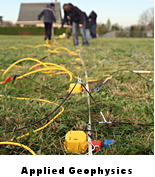 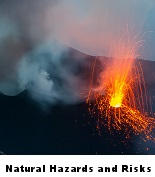 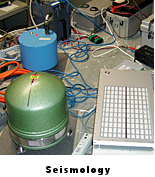 We focus on the theoretical challenges of seismology, computer-intensive modeling, and inversions of geophysical observations, as well as on field seismology.

We offer bachelor and master programs in geophysics.

last change: 2017-10-30 KIT – The Research University in the Helmholtz Association