The research is embedded in the DFG priority program

Stress transfer and Quaternary faulting in the northern Alpine foreland

The research is embedded in the DFG priority program Mountain Building Processes in 4D and the international AlpArray initiative.

We investigate the relationship between seismicity and the faulting behaviour of major faults in the Northern Alpine foreland region. This will be done interdisciplinary by means of seismology (exact and precise hypocentre determination, fault plane solution, and stress estimation) and neotectonics (remote sensing, near-surface geophysics, and geological field studies).

Our focus is on three areas: the Albstadt Shear Zone (ASZ), the Molasse basin / Oberschwaben (MB) and the southern half of the URG (see Figures). High-resolution seismicity studies (hypocentres, fault planes, stresses) will help to understand the surficial expression of faults and long-term slip rates.

The seismology work will be based on recordings from the AlpArray network (which is densified with 15 additional mobile stations from KIT), the KIT KABBA datacentre and the state earthquake survey. This comprehensive database offers a unique chance to study the local seismicity in details. Based on hypocentres, fault planes and lithostatic pressure we will determine state of stress in the study region. Overall, the study will reveal how the deformation is distributed and if the reactivation of faults is preferred over the formation of new ones in this structurally complicated and highly populated area.

The discrepancy between the tectonic morphology and the absence of seismicity will be studied by neo- and active tectonic studies that will focus on young landscapes (post-glacial) and also the youngest fault deposits. This part is studied at RWTH Aachen. 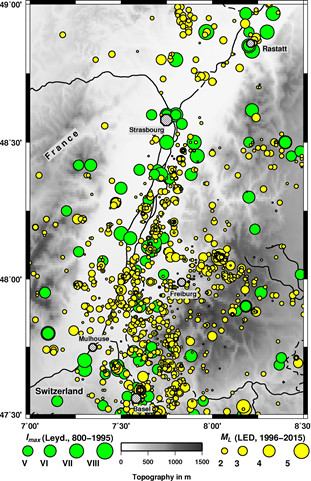 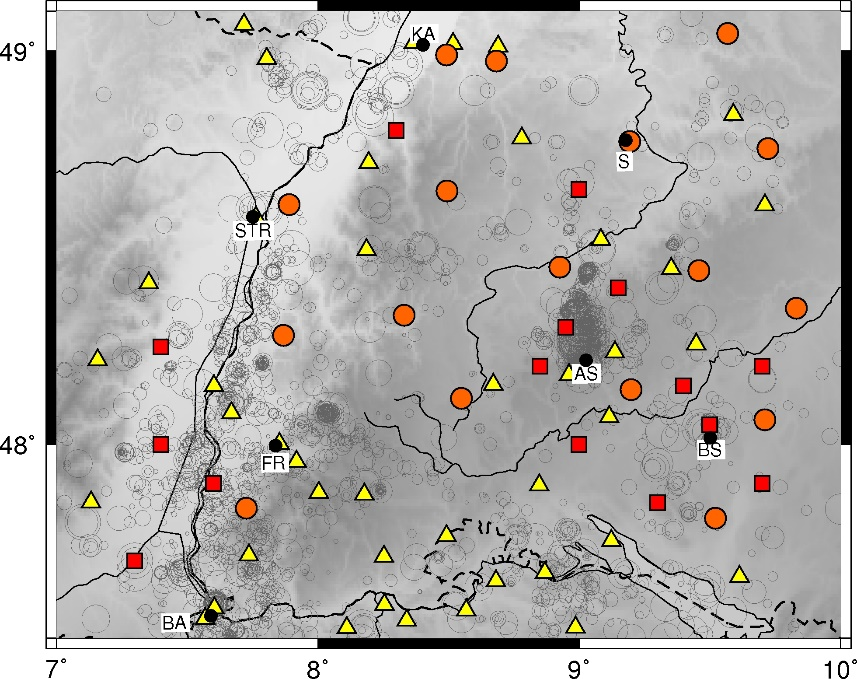 last change: 2018-03-22 KIT – The Research University in the Helmholtz Association